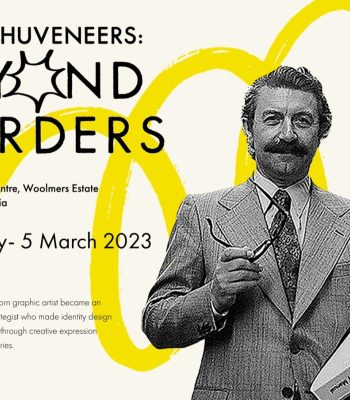 Explore how a Dutch-born graphic artist became an international design strategist who made identity design his business in Australia through creative expression which knew no boundaries.

This exhibition will provide an intimate look at the graphic arts of a communication designer, prior to, during, and after the end of his internationally successful professional career.

A retrospective exhibition of the international designer features his original art and design over the second half of the 20th century in the Netherlands, United Kingdom, and Australia.

The exhibiton features over 60 original posters from his personal collection between 1946 in The Netherlands and in 1964 in the United Kimgdom, where he was one of the 5 leading graphic designers of the period. It also showcases his industrial design, including furniture and appliances, and corporate identity design for Philips, Eindhoven, where he was Creative Director as well as his identity design for major Australian companies.

The Frances Mary Archer Gallery is devoted to the never-before-seen paintings he did across his lifetime, which reflect the energy, enthusiasm and wit of his creative and eventful life.

This exhibiton is curated by Dr Noel Waite and designed by Master of Communication Design students at RMIT University, Melbourne.