Known as the 'Gateway to Trout Fishing Paradise', Cressy is a mecca for fly fishing, with accessibility to Brumby's Creek, the Weirs, the Macquarie, Lake and Liffey rivers.

Cressy is a rural township with a population of around 800, which is situated on the Norfolk Plains below the Great Western Tiers, 36 kms from Launceston and 21 kms off the Midland Highway.

The beautiful surrounding countryside, rivers filled with trout, paddocks with crops, cows and sheep, views of the Great Western Tiers, wide streets, entice visitors to slow the pace and enjoy.

Please note: OPENING TIMES ARE SUBJECT TO CHANGE DEPENDING ON WEATHER CONDITIONS AND USER NUMBERS. PLEASE CONTACT THE POOL DIRECTLY TO CONFIRM HOURS IF YOU ARE UNSURE.

* Please note children are to be immediate family only. Extra children $10.00 each 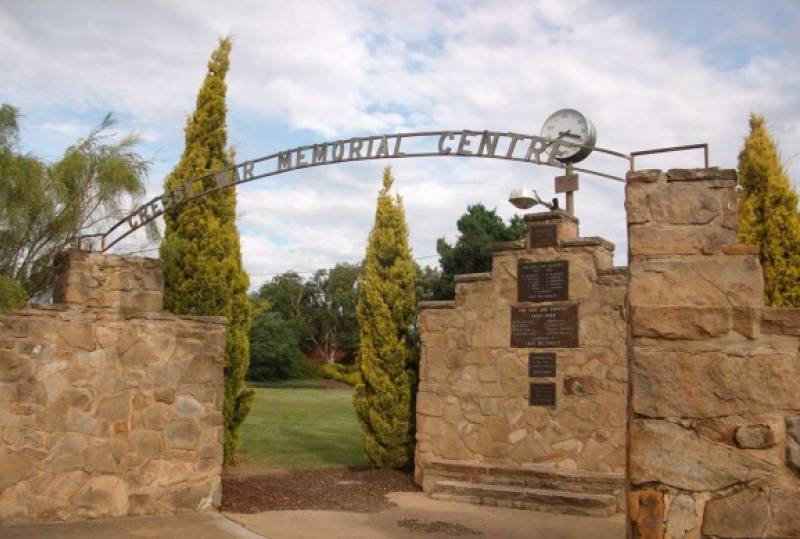 The area of Norfolk Plains, which takes in the Cressy district, was at one time the richest wheat growing area in Tasmania. Today more specialised crops like poppies for the pharmaceutical industry are grown.

The Cressy area is a mecca for fly fishing. Known as the 'Gateway to Trout Fishing Paradise' with accessibility to Brumby's Creek, the Weirs, the Macquarie, Lake and Liffey rivers. Cressy is Tasmania's only 'troutified' township and home to the well known, Tasmanian Trout Expo which is held annually.

There is a mural on the Cressy Town Hall depicting early settlers and the farming community, as well as the properties in the area. A painted history board, showing the main street of Cressy as it was in the early 1900s stands in the park.

Visitors to Cressy are delighted to find so much to do. Locals and visitors enjoy many acitvitie:

Accommodation in Cressy includes self contained cabins, farm stay, hotel, backpackers. Self contained motor homes can use the Cressy Recreation Ground to park their vehicles, free of charge.

There are a variety of industries located in and around Cressy. The rich agricultural land is used for beef and lamb production, and the plentiful access to irrigation water allows for a large variety of cropping including cereals, vegetables, berries, grass seed and poppy production, as well as a hatchery and abattoir.

Cressy is often referred to as Tasmania's 'Trout capital', and is the perfect base for anglers. It's a trout fishing

As the cool clean water of Great lake makes its way to the three weirs of Brumby's Creek, anglers can find trout fossiking around the weedy margins, or on the rise after aquatic insects. The Macquarie River is a well known meadow stream that attracts anglers from far and wide.

Further information and Anglers Access is available from www.ifs.tas.gov.au.

The Tasmanian Trout Expo is held at Cressy during the second last weekend of September each year. This is a fun, family friendly event with a great fishing competition, which has a major prize of $10,000, plus many smaller prizes.

Cressy was built as the main centre for the Cressy Company. The town was named by the first company director Captain Bartholemew Boyle Thomas, a descendant of a war hero at the battle of ‘Crecy’, between the English and the French in 1346. The company was named after this battle.   The Cressy Company, also known as ‘The Cressy Establishment’, was a large agricultural company. The company owned a significant portion of the Norfolk Plains including land from the Lake River to the Liffey River.   William Brumby built the first building in the area, the Cressy Hotel, in 1845. Cressy became an official township in 1848. The last director of the Cressy Company, James D. Toosey Senior, sold ‘The Cressy Establishment’ in 1855, for a large profit. After the sale he bought two properties - ‘Richmond Hill’ and  ‘Cressy House’ - and later set aside land from ‘Richmond Hill’ for a church and burial ground.

Today Cressy is still a significant centre in a productive agricultural district. It is also the gateway to trout fishing in the streams that flow across the Norfolk Plains from the lakes in the high country of the Western Tiers.

Quick facts about Cressy's past

Some of the more unique stories of Cressy's history

The township of Cressy enjoys an unique and eclectic history.