Enjoy our peace and rural beauty

Perth is located 19 kms south of Launceston on the Midland Highway.

Perth is a National Trust classified town situated on the South Esk River. The location was selected by Governor Macquarie in 1821, and proclaimed a township in 1836.

There are a number of buildings of architectural interest including Eskleigh, the Baptist Tabernacle, and St Andrews Church. The original Perth Bridge (1836) was built by convict labour. It was subsequently destroyed by floods in 1880, and again in 1929 and 1971. It has been rebuilt on each occasion. The South Esk River is a popular fishing and recreational spot.

Discover 8 Things to Do In Perth by following this link to the Heritage Highway website. 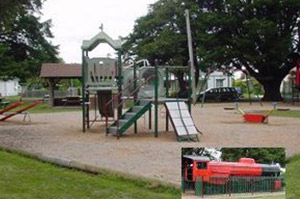 The National Public Toilet map is an extensive directory of public toilets in Australia. For information regarding public toilets and caravan dump points in the Northern Midlands please click here.

Are you looking for a recreation ground or reserve?

The Northern Midlands has many venues for events, gatherings and functions.

Click here for information about public transport in the Northern Midlands. The committee meets bi-monthly, key objectives are to:

Residents and representatives from community interest groups are invited to nominate for membership of the Local District Committee.

Membership appointment is for a 2-year term, the term of membership commences in July and concludes in June. Current membership expires at 30 June 2021. 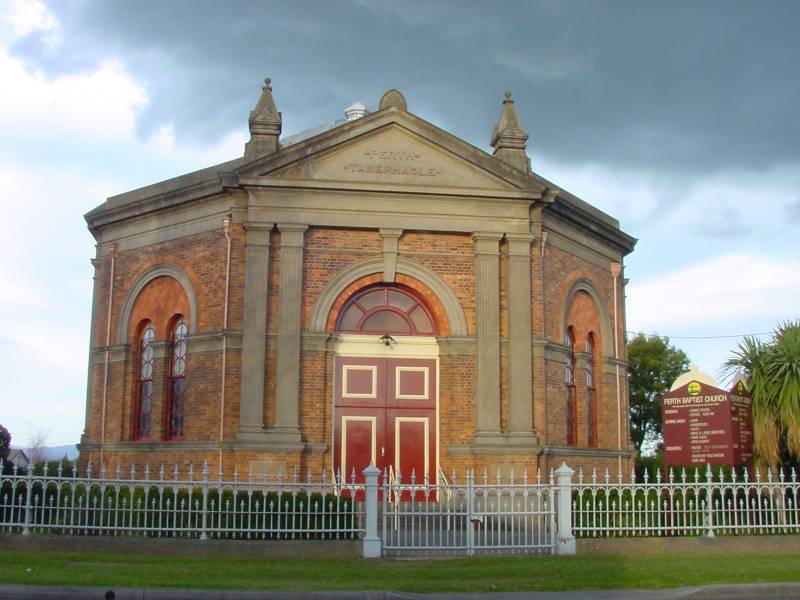 There are a number of buildings of architectural interest including Eskleigh, the Baptist Tabernacle, and St Andrews Church. The original Perth Bridge (1836) was built by convict labour. It was subsequently destroyed by floods in 1880, and again in 1929 and 1971. It has been rebuilt on each occasion. The South Esk River is a popular fishing and recreational spot.

Explore the town with a self-guided walk (available from the Post Office). The walk passes 28 places Classified and 13 recorded by the national Trust as of significant historical and architectural interest. It travels a fascinating historic precinct.

Enjoy a picnic or BBQ at Lions Park, which is themed as a train station, with wooden chainsaw carved sculptures and public facilities.

The vibrant main street includes a honey factory, antique shopping and a café, as well as local shops and services.

The river reserve at Perth is an ideal spot for a picnic, and on warm days enjoy a swim in the South Esk River. Also a great place to cast a line to wild trout. Discover a bit of history at the Punt interpretation at Berryman Reserve. 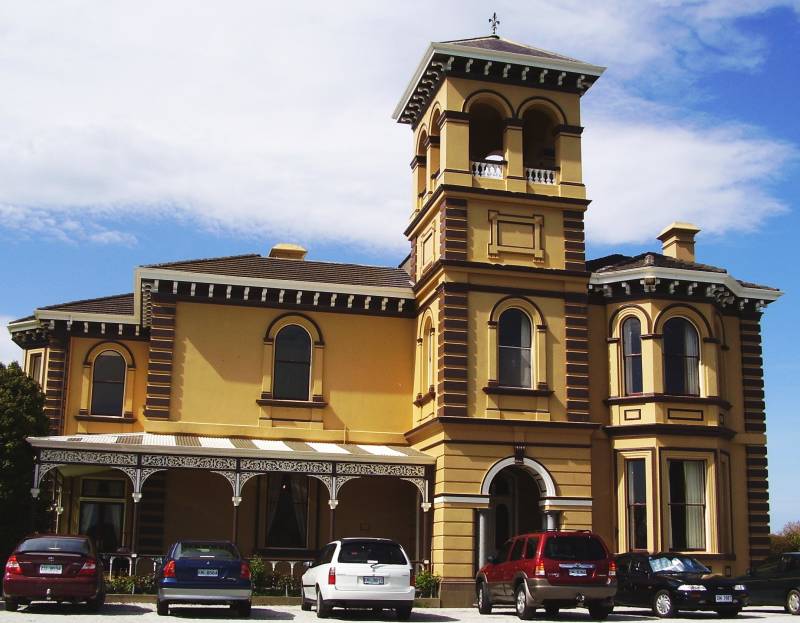 The Path of History: Number Two - A Walk Through Perth

A brochure produced by the National Trust Norfolk Plains Group

As a sequel to its first brochure, which introduced Longford's historic precinct, the Norfolk Plains Group of the National Trust of Australia (Tasmania) welcomes you to a walk through the village of Perth.

The following extract is from the little book Perth and its Story by Basil W Rait. The book provides a glimpse into the history of Perth at the time of the towns 150th Anniversary celebrated in 1971.

Its foundation was due to the most famous of all Governors of New South Wales, Colonel Lachlan Macquarie. He crossed the site of Perth on December 7th, 1811, when he rode out to view the land of Norfolk Plains where he had given grants to settlers from Norfolk island. Ten years later, he returned on a second tour and left Launceston for Hobart Town on May 28th 1821. On the first night he stopped at Mr David Gibson's house, Pleasant Banks (Evandale). Gibson had received this grant some years before, and had met Macquarie on an earlier occasion.

It was on May 30th, 1821, that Macquarie stood on the site of the future township, near where the Perth Bridge now stands, and his journal records -

Wednesday 30th May - Sent off our baggage early this morning so as to be a stage before us, having resolved on remaining ourselves another day at Gibson's. We all took a ride this forenoon to look at the new punt now building for crossing the South Esk about 3 miles lower down the river than Gibson's. I fixed on the place for the public ferry, and also on the site of a township for this part of the country, adjoining the ferry on a very rich point of land which I have named Perth. Mr Gibson is a native of that town, having promised to build a good inn thee directly. Perth is on 14 miles for Launceston and within 3 miles of Norfolk Plains.

In the publication The Desks Need Scrubbing - A History of Perth School, from copy books to computers, compiled by Colette Barnes, she notes:

With ever increasing population of the colony, particularly in country areas, Perth was advocated as a site for a school as early as 1826, by the Archdeacon T.H. Scott of New South Wales, during Governor Arthur's term of office.

In 1833, plans were drawn up and the building of the first Perth School, with two rooms for a master, took place. It was what was known as a King's School and was supervised by a committee in Hobart Town.

The school was situated on an allotment of land on Punt Lane ... The first school master was William Macdowell, assisted by his wife, and together they also ran the first Perth Post Office.

The following information has been extracted from a brochure titled A short history of Eskleigh Home (author unknown).

Eskleigh Home at Perth, Tasmania, incorporates the old home of Mr William Gibson and his family, which was called "Scone". The land was originally granted to Captain John R Ritchie, which upon his death passed to his brother, Captain Thomas Ritchie. Mr Gibson purchased the property in 1867. After the death of Mr W Gibson senior in 1943, the property came into the possession of Mr B Gibson. Through the generosity of the family and with help and hard work from many people, the old home became "Eskleigh" for the care of severely or multiply disabled adults.

Click on this link to find out more about Eskleigh

In May 1821, Governor Macquarie stayed with his friend David Gibson at his property, Pleasant Banks, on the vast Norfolk plains. David Gibson was a pardoned convict (arrived in the First Fleet in 1804), pastoralist and acquaintance of the Governor.

The name Perth was given to this town in honour of David Gibson's home town of Perth in Scotland.

".... I fixed on the place for the public ferry and also on the site of the township ...... which I have named Perth" Governor Macquarie.